There is no story there, things were final from the very beginning, everything else flows from that fixed point in the universe. Unless… there is a story, but it’s not so obvious.

In his book, The Evolution of God, Robert Wright tells that story, which began millennia ago with the primordial faith that many things, not just people, have souls. In 1871, Edward Tylor, founder of social anthropology, called “animism” the “infant philosophy of mankind” created by “ancient savage philosophers” who, like today’s thinkers, were trying to explain why good and bad things happened, and if there was a way to predict and influence those forces for the better. END_OF_DOCUMENT_TOKEN_TO_BE_REPLACED

Get New Stories via Email

"But time is not just the assurance of cells dying, of synapses misfiring, of our precious myelin sheaths crumbling away from our nerve cells. It does all this. But it also makes children grow and flowers bloom and sentences cascade across the page."
#WritingCommunity

I'm on day 7 of another 90-day trial for yet another chronic migraine treatment. Trial #15, to be exact. And this journey has taught me a few things. The big one? Making peace with chronic illness means making peace with time, and death. #chronicillness http://mceaston.com/2021/07/12/clinical-trial-15-day-7/ 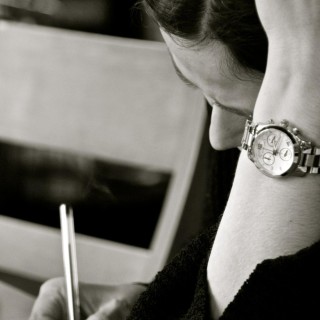 I’m a Romanian-American writer with an MFA in Creative Writing from Goddard College. My writing has placed in the San Antonio Writers’ Guild Annual Writing Contest and other literary contests. I’m a member of Codex Writers’ Group and I’ve been published in Stupefying Stories, The Write Launch, and other fiction and nonfiction magazines.